Sometimes you just have to laugh, I guess. I mean, in order to keep from wanting to punch something.

I just took the teacher survey about the TNReady testing process for the 2017-2018 school year. I was honest. I wrote about how it was an extremely frustrating experience and gave specific information that I observed during my time proctoring the online exam.

I had to laugh at the end of the survey when I got this message:

Am I supposed to actually believe that my voice will make a difference somehow? That the TN Department of Education will make a better choice next year?

I don’t have that faith at all. I, like many others, have had enough. I already know it will be yet another big mess, as it has been for several years now. And while lawmakers aren’t too happy either, our only hope is that they will take meaningful action to make it stop.

I thank our state lawmakers for “holding harmless” all schools, teachers, and students from this year’s test results. That is a good thing. I mean, everyone knew this testing season was a total disaster – especially the students.

Let me see if I can sum up this year’s TNReady experience:

Through all this frustration and stress with the online testing platform and connectivity issues, students were told to do their best because this test was going to count for 20 percent of their class grade. They were stressed. They were angry. They felt they were being jerked around by the state of Tennessee. And they weren’t wrong. In the middle of the testing window, we learned that scores would not count. And they still had to continue testing! It was unreal.

And that is only what I personally experienced as a test proctor.

Statewide, we had even more ridiculous things happening – the testing platform was hacked (a “deliberate attack” was made on the site)(ummmm…. should we be more worried about this?), the testing site was down, a dump truck may or may not have been involved in a severed cable line – a line that just happened to be responsible for the testing site (for real?), and some students took the wrong test – and I could go on and on and on.

All this happened while our State Commissioner of Education stood by and basically said There’s nothing to look at here, folks! Our students are all successfully taking their tests and smiling all the way through! No problems at all! It was surreal.

But it really did happen. It really was a big mess that occurred at the expense of students actually learning and teachers actually teaching.

And for that, we should all be angry. Parents, you should know after hearing from your own children that everything about our state test – from the amount of time it takes away from learning to the frustrations of actually taking the test – this is not what education should be about.

It’s been like this for too long. Looking back to the 2016 test – the year that I decided I’d had it with the testing nonsense and actually quit teaching until recently – students took the tests in April and May, and scores weren’t released until December. We have to ask what is the purpose of it all? My friend and blogger at Dad Gone Wild TC Weber said it best back then:

“In looking at the tests, it isn’t clear at all exactly what these tests are really testing. Is it a student’s knowledge of the state standards? Is it their ability to decipher the test? Is it their ability to use technology? Who knows what the results even mean. Grace Tatter of Chalkbeat Tennessee does as a good job as anyone explaining it, but the bottom line remains: If less than 50% of students can be proficient, you are setting the bar wrong, and you open yourself to the question of whose benefit is this for? Is it administrators and lawmakers trying to build a resume or is it kid’s who are trying to attain skills in order to build a better life? If it’s for the kids, then it is imperative that we create accurate assesments of what teachers teach and what students learn not some hypothetical pipedreams of  those who never enter our classrooms or interact with our kids.

“Don’t think for a second that kids aren’t asking that question of who this is for. They can smell hustle a mile away. Talk to teachers, and they will tell you how hard it is to get kids to take the tests seriously. They’ll tell you of their frustrations at trying to get kids to understand the ramifications of these tests. But can you blame them? If I demanded you take a test that I couldn’t administer properly, and the odds were that you would fail it, would you take it seriously? Furthermore, as your teacher, would you take me seriously?”

We must do better.

But now, as we move forward, there is no clear path. The state’s testing task force did slightly lessen the testing requirements for next year, and that is a start. But ask teachers, and most would say we need to get rid of this stupid test entirely! Or at the very least, we need to completely remove all the legislative and legal requirements that are tied to it – school letter grades, teacher and administrative evaluations, student grades – and just give the test for the sole purpose it was created, which is to give us a snapshot of how students are doing.

But for now, these things only remain a hope.

All these problems I’ve mentioned occurred with the online administration of the test. And yet many of our lawmakers seem convinced we need to stick with giving the test online. Our State Commissioner may have been “devastated” with the problems that happened with the test, but her devastation is misplaced. The problem is with the test itself –  both the online and paper tests – and the woefully misguided emphasis that is placed on the test that takes away from the education of our children. She has lost site of the purpose of public education – it is not to be based on a single test! – and that is the real devastation here.

Our current governor is considering changing testing companies as a start to fixing this problem. That sounds great… until you realize that the other company being considered, ETS, owns the current company, Questar. So then it makes no sense. As Andy Spears writes in Tennessee Education Report:

“Let’s get this straight: Governor Haslam and Commissioner McQueen think no one in Tennessee understands Google? They are “firing” the company that messed up this year’s testing and hiring a new company that owns the old one and that also has a reputation for messing up statewide testing.”

So…. there’s that. I guess I’ll try to have faith that we can elect some representatives who truly care about supporting our public schools and truly understand how much damage our laws on state testing and accountability have harmed our schools, teachers, and students.

For starters, I fully support Rep. Craig Fitzhugh for governor. He is a champion of our public schools and teachers. We also need fellow educators Larry Proffitt and Gloria Johnson to be in the State House, helping to write and pass legislation that gets rid of these problems and instead supports public education. And locally, here in Nashville, we need TC Weber on the MNPS School Board, helping to make decisions that help students and teachers.

Statewide, we have a big opportunity this year to make some positive changes. Let’s not waste it! Public education shouldn’t be a red or blue issue; it should be about what’s best for our children. They are our number one priority! 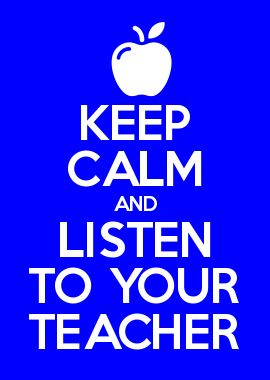 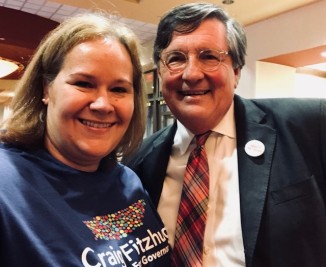 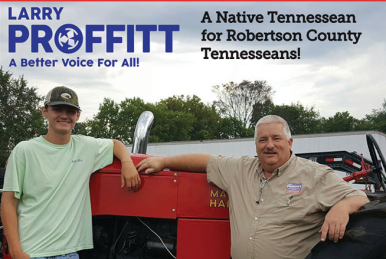 The Other David Jones

musings of a recovering perfectionist

Only after you are left speechless can you become a storyteller.

A site to discuss better education for all

For the news and views you might have missed

Nobody reads it, everybody quotes it.

We Are Watching - Tennessee

Our eyes are always open

words & art from an optimist

My Thoughts About Public Education

STOP SCHOOL REFORM: THOUGHTS FROM the LIFE OF A"BAD" TEACHER

Stop School Reform: Stories from the life of a "bad" teacher

Elected school boards are the bedrock of American democracy.

My thoughts on public education and other things

musings of a not-quite-silenced (former) teacher

"To sting people and whip them into a fury, all in the service of truth."

Mercedes Schneider's Blog: Mostly Education, with a Smattering of Politics and Pinch of Personal